The growing and coveted market of bottled water continues to evolve in response to consumer needs, approaching functional beverages and responding to consumption times with appropriate and innovative packaging.

Although the refreshing sensation and naturalness remain as important driver in the category passed in 2015, also highlight the launches associated with indulgence and pleasure experiences, as well as weight Control and calorie intake.

It may be noted also in the recent releases, that demographics issues such as gender and age, could segment the products according to the needs of each group, p. E. Fortified water for women, etc.

Offering zero calories products, either with natural and artificial sweeteners, have a significant value linked to the concept of control and / or naturalness.

Carbonated and flavored waters are a step closer to the increasingly reduced CSD market, offering the best of both worlds. Likewise, different containers, such as cans, are an aspect that can be more fashionable targeting the teen age group.

Coconut water and its benefits are still widely exploited as a product itself or as a functional ingredient, given their relation to hydration and electrolyte content.

The main flavors launched in the period between July 2013 and July 2015 were: Lemon, Lime, Orange, Guarana, and Red Fruits. (Source, Mintel). 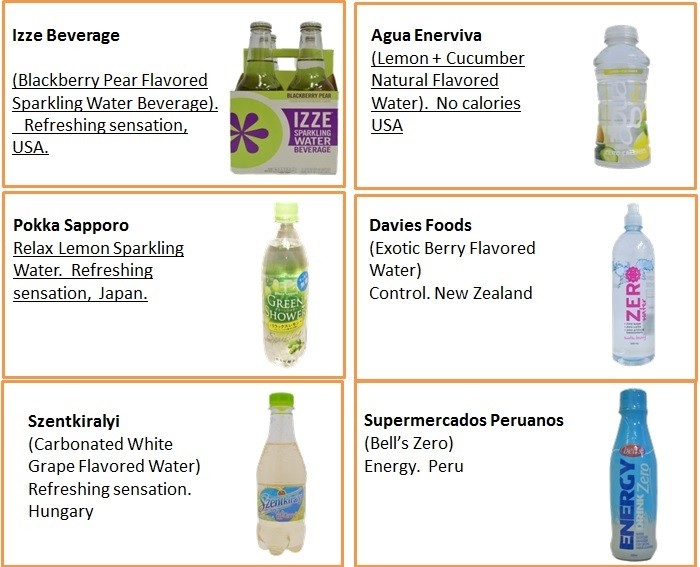 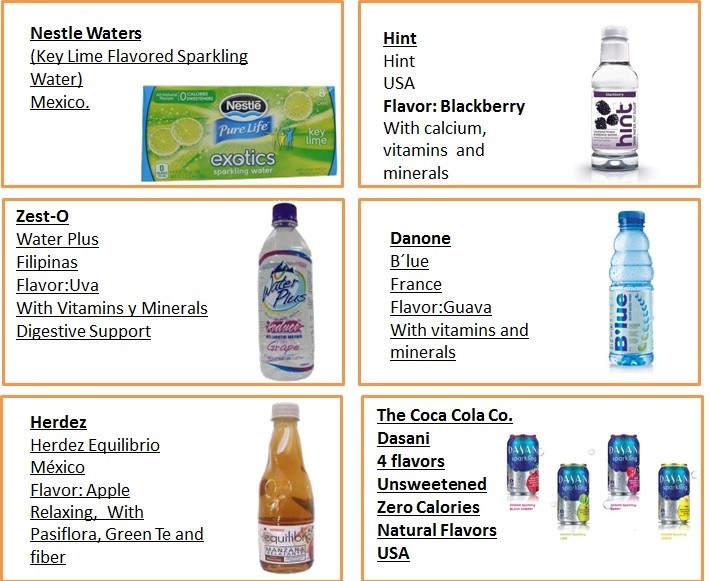