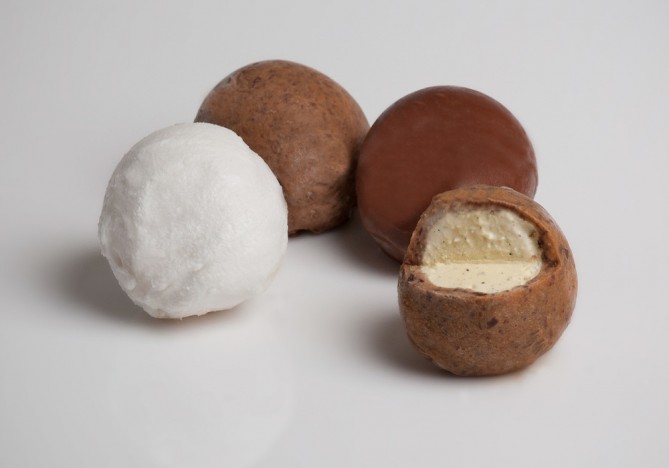 Each flavor is one serving of frozen yogurt, encased inside a protective film made from natural food particles. The skin protects the yogurt, keeping moisture in and contaminants out. Like a grape or any other fruit skin, it is washable, so that when you are ready to eat, you simply clean and bite in without worry of bacteria on the outside. 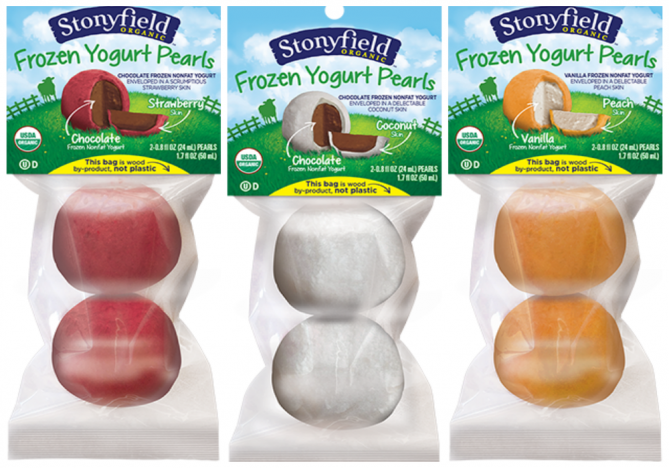 Explaining how the collaboration came about, Gary Hirschberg , Chairman of Stonyfield Farm says:

Ever since the beginning of [Stonyfield Farm] I’ve been obsessed with packaging. I’ve always believed we should use less. In fact, my ultimate obsession was when you finish eating the yogurt, you should eat the cup. I first became aware of [WikiPearls] when reading a magazine article and called David [Edwards, founder of WikiFoods] straight away because this of course this was the dream. This what I’ve been dreaming about for 30 years.

The yogurts have dual flavors – for instance, the peach-vanilla Frozen Yogurt Pearl has a peach-flavored skin and vanilla yogurt within it. Currently, the line is being sold at four Boston-area Whole Foods market.

Before collaborating with Stonyfield, WikiFoods, Inc. was working on its own version of portable ice cream balls. Last year, the company opened its first ice cream bar, WikiBar in Paris, which we previously covered on PSFK.